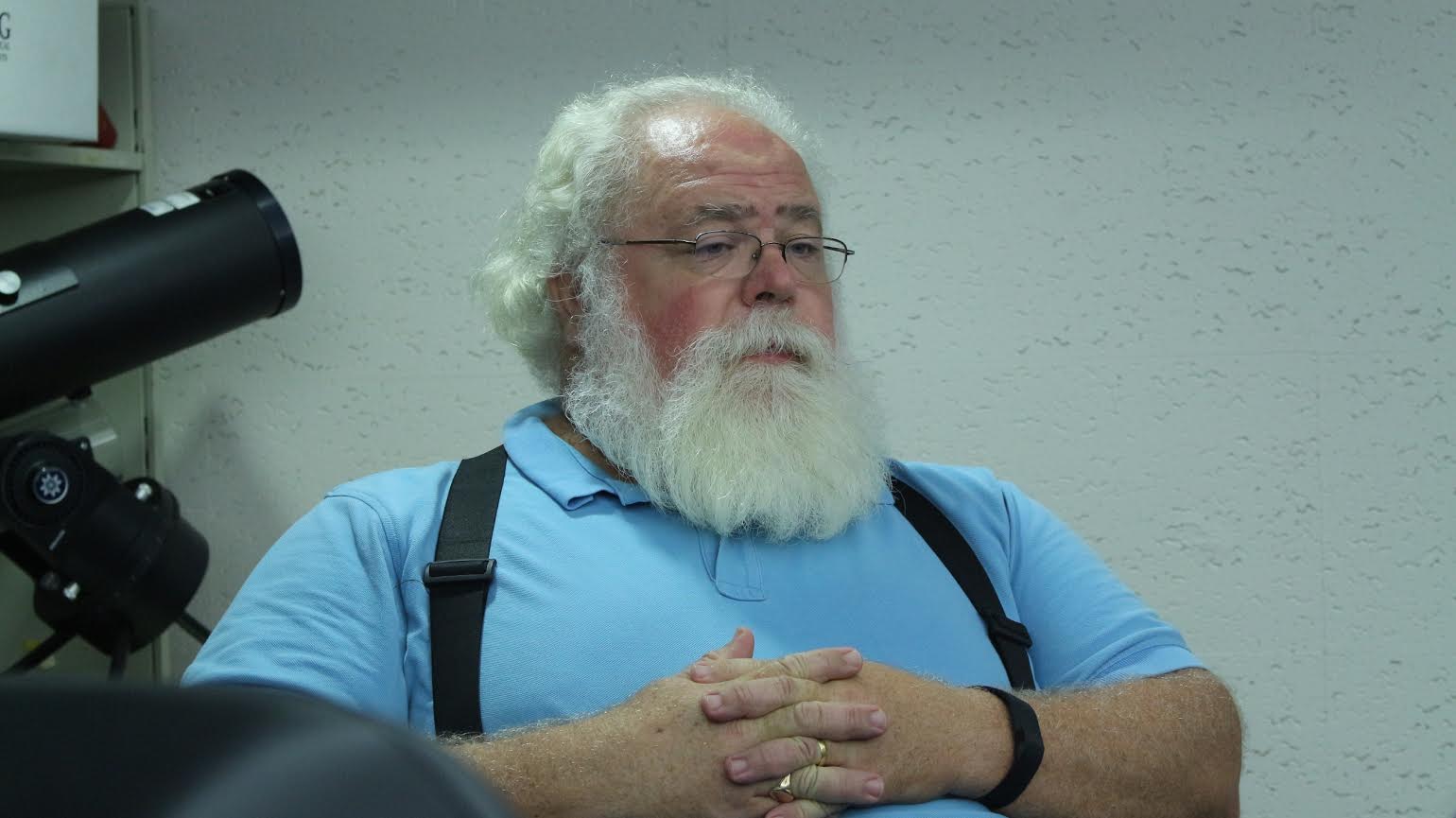 That is to say, there’s no science to back up the beliefs of astrology and reading your horoscope. And, during a planetarium show on Feb. 17, associate professor Alex Storrs said that, during introductory astronomy courses, he sometimes doesn’t have enough time to change someone’s belief in the stars.

“All you can do is help them get a slightly better understanding of science,” Storrs said.

He cited the “new” constellation, Ophiuchus, which shook up the astrological community after it was introduced as the thirteenth sign of the zodiac, potentially altering which signs people identify with their birth date.

“Ophiuchus isn’t new at all,” Storrs said. “We’ve known about it for thousands of years. Most astrologers have just ignored it.”

Storrs said some cultures recognize as many as 24 zodiac constellations in total. One of the difficulties that Storrs raised about astrological predictions, particularly in how they pertain to individuals, is that people tend to selectively accept predictions that turn out to be accurate while dismissing those that do not.

Astrology has been useful for some things in the past, but “whether it works for individuals is a whole other question. That’s a matter of faith… You can believe in horoscopes all you want. Just don’t go pushing your beliefs on to anyone else,” Storrs said.

Unlike astrology, Storrs said science can be used to make testable and accurate predictions.

“The most respected level of a scientific explanation is a theory,” Storrs said. “To dismiss a scientific theory as ‘just a theory’ just shows your own ignorance of science.”

Storrs explained that in ancient times, before society understood the Earth’s movement through space, people believed that the planet was fixed in space with the stars and other heavenly bodies moving around it. Ptolemy used this geocentric system to create his astrological charts.

Storrs said that as stars and other celestial bodies move across the night sky, they pass through several constellations which many ancient civilizations used as the basis, or as part of, different mythologies and environmental and biological predictors.

“In ancient times, people probably got bored and spent a lot of their time stargazing and coming up with stories about the images they saw in the night sky,” Storrs said.

Storrs said people used the position of different constellations to reliably predict hot and cold seasons which determined when to plant crops and butcher meat. The moon and its lunar cycles were also important to the ancients due to its rough correlation with women’s menstrual cycles, Storrs said.

“That’s how astrology started, I think. It was good for some things,” Storrs added. “It actually did something useful for the community.”