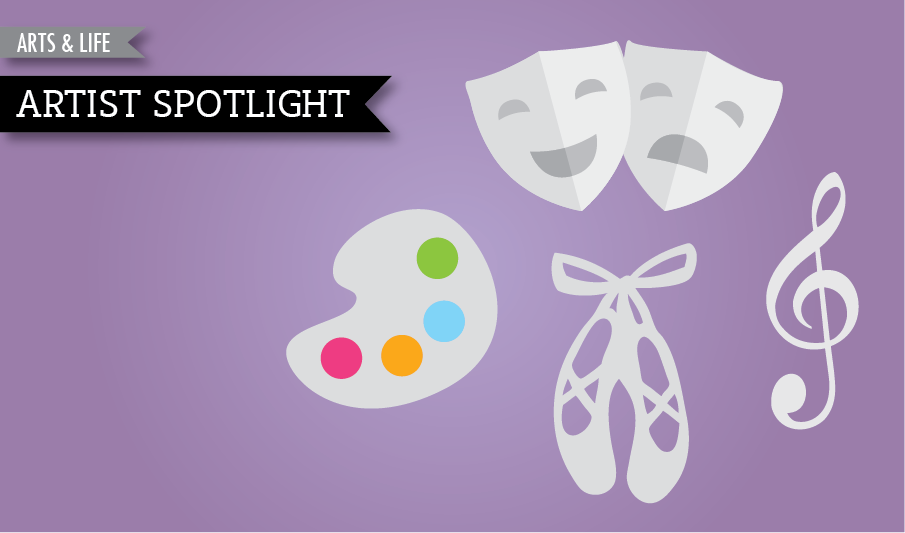 Armed with his guitar, his voice and his own natural talent, Jordan Jackson, a self-taught musician, is venturing out into the world of professional music.

A Towson student majoring in Information Technology, Jackson first started learning guitar at the age of 16, but didn’t begin recording music seriously until a little over a year ago. Eventually he decided it was time to put his name out into the world, and on May 28 of last year, he released his first single, “Twins,” on SoundCloud and BandCamp.

“I’d had it recorded for a week. I wasn’t sure what I would do with it,” he said. “I sat on it for a week and then just decided to go for the glory. It has about 1,000 plays now and I’ve gotten some good feedback.”

Since then, Jackson has released two EP’s and several singles including the songs “Nightcrawlers” and “Drunk At Vince’s (The Night Life).” All of the music and lyrics are his own and each song he records by himself on GarageBand. His favorite song he’s ever recorded is “Heartbreak Hill,” which he feels has the best lyrics of anything he’s ever written so far.

“The hardest thing about making a song is the lyrics,” he said. “When I get inspiration, it’s very personal. My music is about stuff I’ve been through so far. ‘Heartbreak Hill’ is the best one that has it all.”

Like most things he’s done in the past, Jackson took the leap into music just to try it and soon found a passion for it. Other music is what inspires Jackson the most to create his own. He draws inspiration from his favorite bands like Asus, Kings of Leon, Arctic Monkeys and the Beatles.

As for live performances, Jackson has only done a few open mics and played with some friends mainly for the sake of proving to himself that he can conquer his fear of performing in public. He never thought he would perform live, and every time he steps off the stage, he feels a sense of accomplishment.

“It’s something I never thought I’d do,” he said. “I surprise myself every time I do it. It’s doing something that I otherwise wouldn’t do, that’s what I like the most.”

As far as Jackson’s future plans with music are concerned, he wants to record more music and eventually put out a full album with around 10 tracks. He plans to form a band comprised of his musically-inclined  friends and do more live performances to start building a following and getting his name out there.