I was really excited to write about the fact that Maryland has become the first state to guarantee reimbursement to Planned Parenthood facilities if they lose federal funding. And don’t get me wrong, this is a win that we have to celebrate. This is the most assured I’ve felt about women’s healthcare since Donald Trump’s name became relevant again.

But my excitement was quickly thwarted when I heard that the United States launched 59 missiles on Syria (literally) overnight Thursday. Some information I feel is important to know: Syria has claimed that at least six people were killed in the airstrikes, while the U.S. has stated that it did not target civilians and that this action was a response to a chemical attack which killed dozens (anywhere from 80 to 100) Syrian people.

The United States assumed that the Syrian government was responsible for the chemical attacks and launched the missiles at military bases in order to intimidate them, I guess.

Humans who, by the way, we won’t allow to seek refuge in our country. The people in Syria came to the United States, begging us to help them by letting them in, and we said, “No, but we’ll fire 59 missiles your way.”

That’s like someone coming up to me with a broken arm, asking me to call them an ambulance, and me saying, “No, I won’t call an ambulance, but I’ll light your house on fire.”

What scares me is that this happened so quickly. Between the Tuesday, April 4, chemical attack and Thursday’s retaliatory missile strikes, Trump only took a few days to formulate the U.S. response.

I put more time and thought into which concealer I want to buy than our president put into deciding whether or not to launch missiles at another country. That’s not an exaggeration. That’s just a fact. I spent over a month researching concealers once.

But, y’know, we’re too broke to afford universal education or healthcare.

I’m just so disgusted with Trump’s priorities. He’s a bully who has been given the ability to shove his power in the faces of others through violence, and that’s just what he’s going to do. He doesn’t want to help anyone. He just wants to prove to the world that he isn’t a joke, which, let me tell you, seems a late.

I’m holding on to the glimpse of hope that the state of Maryland gave me this week, because it showed me that when good people band together, positive progress will happen. While I am shaken by the destabilization that the airstrikes have caused, I’m not giving up on change. Now is when we need to push more than ever.

Right now, the rest of the world thinks that Trump is speaking and acting for us all. Let’s show them that he does not speak for us, we do not condone his actions, and we will resist. 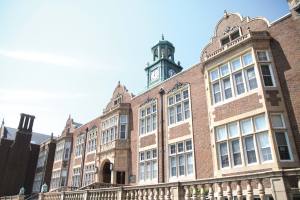 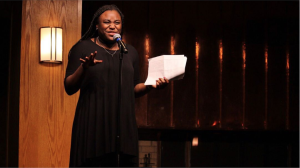