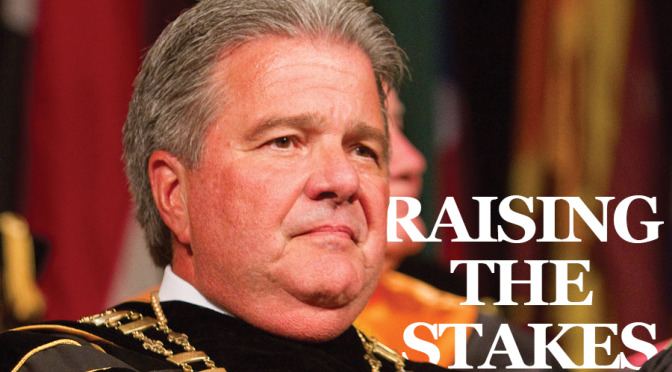 Bob Caret, chancellor of the University System of Maryland and a former TU president, will no longer be eligible for bonuses after a policy change was announced in late August.

His bonus was awarded in a closed-door meeting of the Board of Regents.

While Caret is no longer eligible for bonuses as chancellor, it’s possible that, when his contract is restructured to reflect changes in policy, his base salary could raise, according to a Baltimore Sun report.

In addition to removing bonuses from the chancellor’s contract, the USM reiterated that campus presidents are ineligible from receiving bonuses. Towson President Kim Schatzel received a 1.3 percent salary raise, making her salary $373,613 for fiscal year 2017.

Performance reviews, which are used to determine raises, are exempt from disclosure under Maryland public information laws.

Mike Lurie, a spokesman for the USM, told The Towerlight in previous reports that performance reviews are based “on outlined goals that consider the unique qualities and needs of each USM institution.”

While Caret is now ineligible for performance bonuses, his 5-year contract with the USM includes a built-in 5 percent cost of living raise each year.

This built-in raise stands in contrast to the way that faculty at USM institutions, including Towson, receive raises.

If faculty are to get a cost of living raise or a merit raise each year, money first has to be allocated for it from the state of Maryland’s budget, according to Gary Levy, associate provost for academic resources & planning.

“The monies for the increases are funded by the state, then passed on to the USM, and in turn then given to the individual schools,” Levy said in an email.

Once the budget has been through the legislative process and approved, Levy said, the USM chancellor details how money for cost of living raises or merit bonuses “can be dispersed within the USM system schools.” 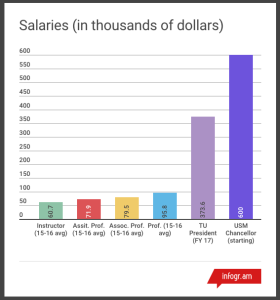 His belief about higher education, especially at an institution like Towson, which emphasizes teaching, does not mesh with the economic reality of the USM, he said.

“My philosophy is that the highest-paid person on this campus should be someone teaching a full-time course load,” Storrs said.

The average salary for a tenured professor in the 2015-2016 year was $95,800. That number lowers to an average of $79,5000 for associate professors, $71,900 for assistant professors and $60,700 for instructors, according to data from the University’s Office of Institutional Research.

Meanwhile, the median salary for administrators on the president’s council in 2014 was over $180,000.

So, an adjunct professor teaching four courses in a semester would be paid $12,000 for that semester.

They receive either $1,000 or $1,100 per credit hour, depending on if they’re classified as Adjunct I or Adjunct II.

Akim Reinhardt, a history professor who has spoken with The Towerlight about faculty and administrative pay before, said he thinks that, in general, universities are starting to develop a “corporate model.”

And when that happens, he said, “you start to see pay scales that mirror the private sector.”

“Students are often unfamiliar with these issues,” Reinhardt said. “It’s harder because for them it’s transient.  They see it just long enough to get frustrated and then they’re gone.”

Caret and USM officials declined to comment through an emailed statement, saying “The USM at this time believes the most appropriate practice regarding any further comment is to respect the process of the hearing with legislators and limit comments to that forum.”

According to the Baltimore Sun, Caret defended his salary with the fact that he has to make decisions each day that could take other people “a year to figure out” without the experience he has.

“Do I feel after 21 years as a campus or system head that I deserve that? Yes,” Caret said to a Sun reporter. “Do I think I deliver wherever I’ve been? Yes. So I don’t apologize for it.” 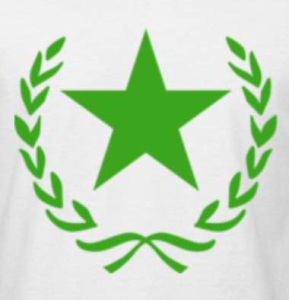