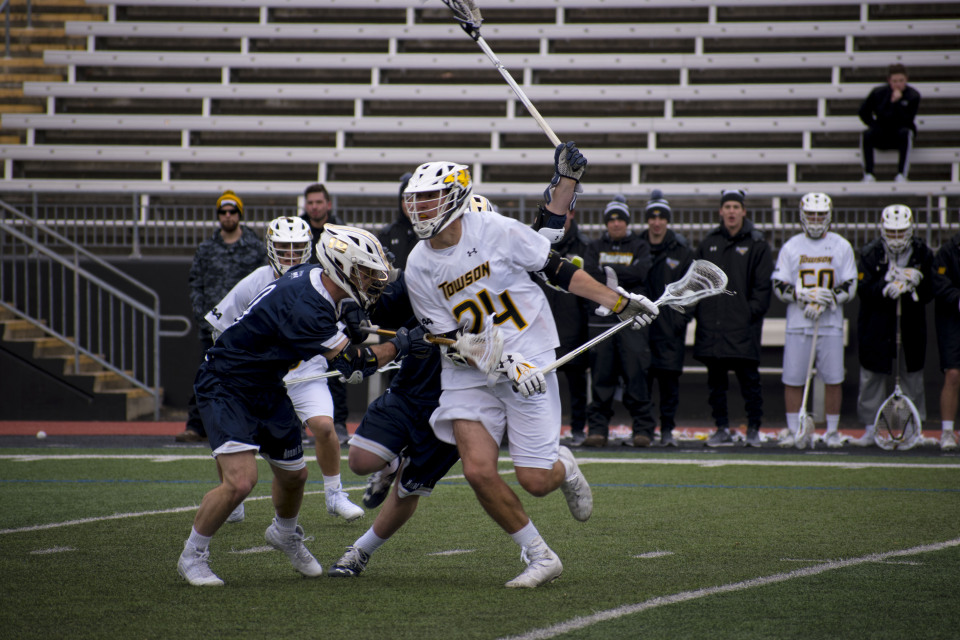 The Cinderella story had to end eventually.

Just when the Tigers (7-8) looked like they had found a winning formula after compiling back-to-back wins to close out the regular season and a victory in the Colonial Athletic Association (CAA) semifinals over conference foe Delaware, the team faltered in their rematch of last year’s title game.

Towson men’s lacrosse fell 12-8 against No. 1-seeded University of Massachusetts in the CAA Championships Saturday afternoon at Garber Field, ending the team’s hopes of securing a fourth consecutive CAA title.

Towson started off strong, jumping out to an early 2-0 lead, but the Minutemen (12-4) responded with a 4-0 run to take the lead going into the second quarter.

UMass scored early in the second to take a commanding 5-2 lead, but the Tigers refused to go down lightly as junior midfielders Grant Maloof and Timmy Monahan each punched in goals to cut the deficit to one going into the break.

Towson knotted up the score in the beginning of the third as junior attacker Brendan Sunday found the back of the cage off a feed from redshirt senior attacker Jean-Luc Chetner.

Chetner did a good job of spreading the ball around, finishing with a team-high three assists on the day.

Despite a valiant surge by the Tigers, the Minutemen rattled off another scoring run to take an 8-5 advantage midway through the quarter. Both teams went back and forth to finish the period, but Towson managed to cut the deficit to two going into the final quarter of play.

UMass came out firing in the fourth with a quick goal from freshman attacker Chris Connolly. He had an impressive day for the Minutemen, racking up three goals and three assists on the day.

The Tigers answered back with a goal of their own early in the period, but that would be their last score of the game.

UMass put in two goals midway through the quarter to take a sizeable four-point lead and held on for the win.

Though Towson struggled defensively, the team went down fighting as they attempted 49 shots on the day, including 16 in the fourth quarter alone. Unfortunately for the Tigers, their aggressive approach did not pay off in the end.

The Tigers kicked off tournament play with a thrilling 9-8 overtime victory in the CAA semifinals over Delaware Thursday night at Garber Field.
Towson did a good job of playing team-oriented offense as five different Tigers scored in the first three quarters en route to a 7-3 lead entering the final quarter.

The Blue Hens (6-8) rallied late in the period with a 4-0 run to send the game into overtime and received first possession in the extra period of play, but freshman long stick midfielder Koby Smith came up with a timely caused turnover to give Towson possession.

The Tigers quickly stormed down the field and redshirt sophomore midfielder Matt Sovero notched the winning goal off an assist from Chetner.

Though a few important pieces of the team will be leaving, the Tigers look to regroup quickly in order to make another run at the conference title next season. 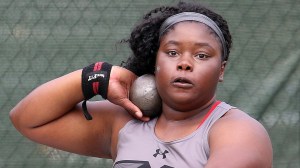 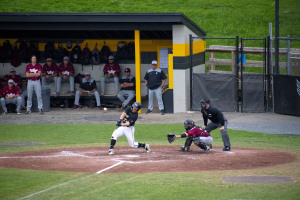