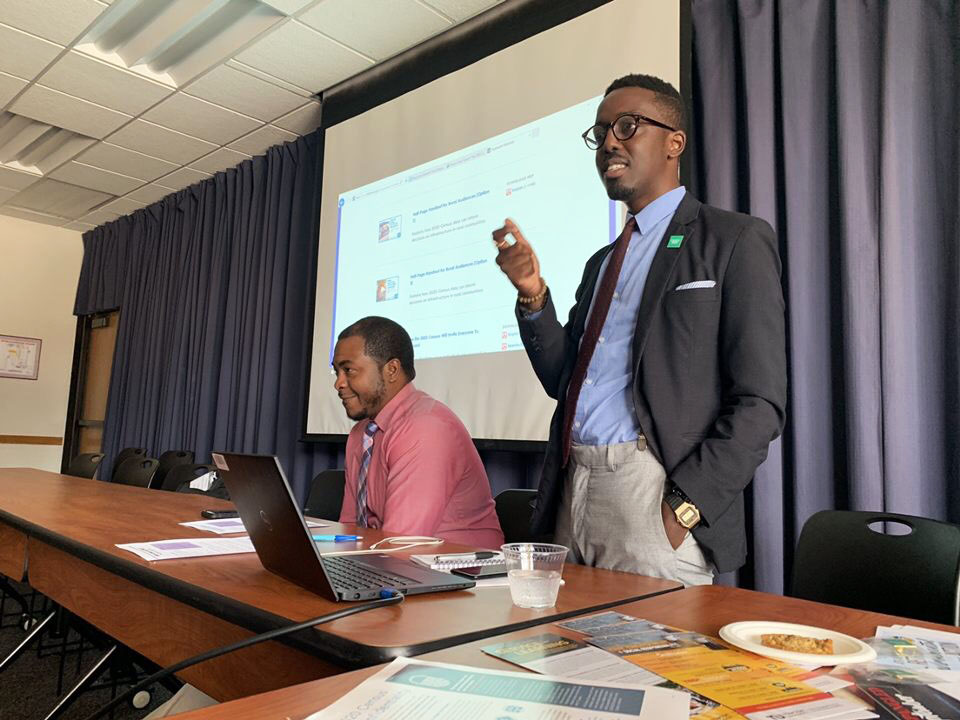 The Office of Civic Engagement and Social Responsibility held their first New York Times Talk of the semester, as part of Star-Spangled September, on Sept. 10 in an effort to teach attendees about the importance of completing the 2020 Census.

The talk was facilitated by Julius Valentine Maina and Terry Fisher, both who serve as partnership coordinators for the U.S. Census Bureau.

Maina and Fisher showed the group an advertisement from the U.S. Census Bureau entitled “Shape Your Future: The 2020 Census,” which highlighted the influence an ordinary person could have to their community by completing the Census. Maina highlighted that most people do not know this.

According to the U.S. Census website, the 2020 Census can be responded to online, by phone, or by mail. Maina said that this lack of information people have often lead to mistrust by citizens in the most at-risk populations, such as immigrants.

Census data shows that children under five and immigrants are amongst the lowest and most underrepresented groups in the U.S.

“People don’t trust online voting as much,” Maina said. “Our phone census offers 13 different languages. We have good resources for immigrants, but immigrants don’t trust us due to the political climate.”

The Times Talk then shifted to ways that attendees could better educate themselves on how their communities have interacted with the Census in the past and use that as insight to predict behavior for the next census.

Fisher highlighted the Response Outreach Area Mapper (ROAM), an online application that helps educate citizens and Census experts about underreported groups and communities. Mania then began inputting local zip codes to view the response rates in the past.

According to the application, 21252, Towson University’s zip code, has a low response score of 38.3 percent, a large jump from the surrounding community that only had a score of 19 percent. This data suggests that college students are far less likely to respond to the 2020 Census than older demographics living in nearby communities, thus putting them at risk for being underrepresented in future decision making.

“What does the data say about our community?” Maina said. “How do we make it say the right thing?”

Following the presentation portion of the talk, attendees had an opportunity to engage in a question and answer session with the representatives.

“What doesn’t stop people in Baltimore City from just not filling out the form anymore because they feel it’s not making a difference?” asked Junior Taylor McLaughlin.

Fisher answered that it was about building relationships and using success stories as a way of building personal connections with people, citing his Baltimore roots as a way of gaining understanding.

Assistant Director for Civic Engagement Luis Sierra was pleased with the success of the day’s program.

“We’re excited to have been able to kick off the New York Times Talk this academic year with a topic that has such a unique ability to impact the very livelihood of our students and communities as a whole,” Sierra said.

According to Sierra, the Office of Civic Engagement will continue working on a series of events and engagement opportunities throughout the year that focus on the 2020 Census.

“Through these opportunities, our students can not only be educated about the steps they need to take to be counted, but we hope they also become empowered to help others do the same, both within and beyond the campus community,” Sierra said.