Towson University Police Department is teaming up with the Baltimore County Police and Maryland Highway Safety Office to present the Walk Safe initiative, which the TUPD hopes will cut down on the amount of pedestrian-involved accidents on Towson University’s campus and the surrounding area.

“The whole effort is to try to reduce the occurrence of pedestrian crashes,” TUPD captain Karen Johnson said. “For this generation, that’s the thing that really deserves some focus.”

Johnson said that the Towson University area is a dangerous area for both pedestrians and drivers.  Johnson said the inexperience of younger drivers and the dangers of distracted driving factor in to the risk.

“There is no question about distracted driving is a new and rising phenomenon,” Johnson said.

In the Towson area, Johnson said, between 2008 and 2012, there had been five deaths and 106 injuries due to pedestrian-involved accidents on York Road from the Baltimore City line to Dulaney Valley Road. Johnson said that one pedestrian was struck on campus last November and another was struck in January of this year.

Johnson said that a goal of the campaign was to create awareness on both sides of the roadway — the pedestrian and the driver – as well as step up enforcement when both pedestrians and drivers break traffic laws.

According to the Baltimore County Police Department, 41 percent of pedestrian-involved accidents are due to pedestrian error.

“That’s a pretty consistent stat across the board that are attributed to pedestrian error. I think most people would be surprised to hear that,” Johnson said.

Johnson said that TUPD has created a warning card to educate about the risk and dangers of pedestrian accidents. The card will include ways that both drivers and pedestrians can better travel safely.

“One side shows typical driver violation and other side involves pedestrian violations that could result in crashes,” she said.

TUPD is also offering their services in presenting a PowerPoint presentation detailing the new Walk Safe initiative and the dangers of both walking and driving on the road.  Johnson said TUPD Corporal Kia Williams will be available to give presentations to all groups on campus.

“[Williams] is offering [the presentation] to any student group of organization that may want to present that,” Johnson said.

Ultimately, Johnson said the TUPD wants to ensure the safety of all individuals on campus.

“From the TUPD, one of our goals is to help ensure that they [college students are safe during their time here and that we send them off to the next thing in one piece,” Johnson said. 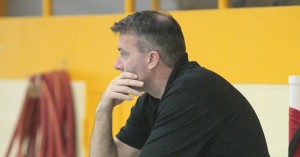