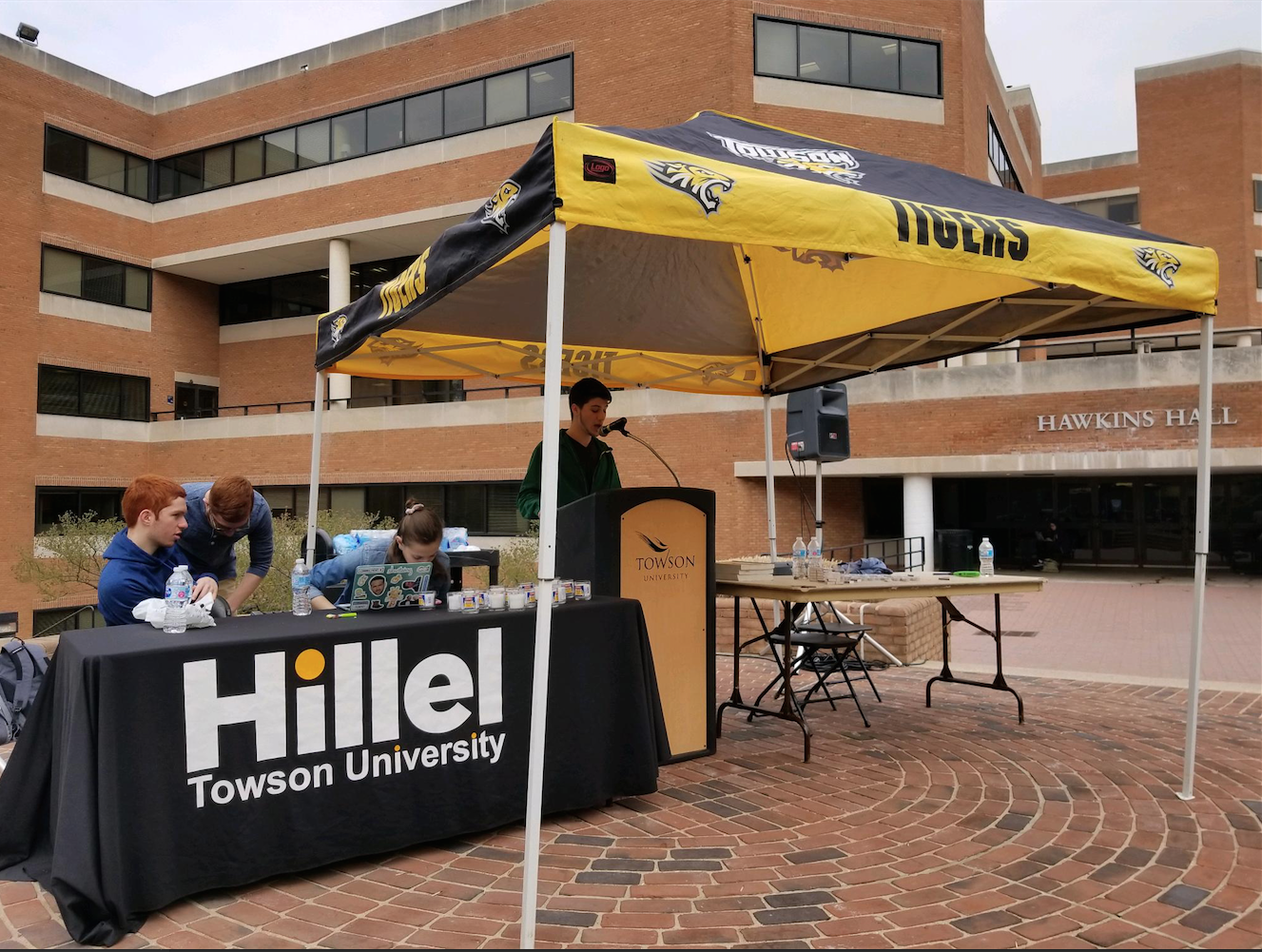 Photo by Wade McCartin/ The Towerlight

Members of Towson’s chapter of the Alpha Epsilon Pi fraternity and Towson Hillel remembered the victims of the Holocaust, as well as victims of gun violence and marginalized individuals, during the “Never Again” candlelight vigil on April 12.

For most of the school day, members of AEPi set up at Speaker’s Circle outside of Hawkins Hall where they invited students to light candles and read the names of those who lost their lives.

“We cannot let anyone forget what happened, because that is when we will let it happen again,” said freshman Jeff Pollak, who is a brother of AEPi

Alpha Epsilon Pi, which is known nationally as the “Jewish Fraternity,” focuses on “developing future leaders of the Jewish community.”

Pollak said he was inspired to become more involved in his fraternity after returning from the Holocaust Remembrance Museum in Israel. He attended the candlelight vigil to read the names of Holocaust victims in remembrance.

Throughout the day, people stopped to light a candle in honor of those who lost their lives during the Holocaust. Students were also invited to remember those victims by reading their names aloud for five-minute periods.

Sophomore Jodi Teitelman helped coordinate the event as a member of Towson Hillel.

Since 1997 Towson Hillel has served as a network for Towson’s Jewish undergraduate and graduate students.

Teitelman said she had a cousin who was a Holocaust survivor.

Like Pollak, Teitelman said she had also been inspired to get involved with the National Holocaust Remembrance Day after returning from the March of the Living in Poland. She said she “made it a priority” to get out to Poland for this event.

“It was such an incredible experience,” Teitelman said. “And you learn so much more by going to events like this than you ever do growing up in Hebrew school.”

In addition to the vigil, Teitelman said Towson Hillel also hosts an annual Holocaust speaker. Previous speakers included Halina Silber, a Holocaust survivor who worked in Schindler’s factory during World War II, as well as Howard Kaidanow, who lived in Poland during the war.

“We want people to know that this ceremony is for everyone,” sophomore Alex Goldstien said. “Not just people who are Jewish.”

Over six million lives were lost during the events of the Holocaust. As members of the Towson community read the names of these victims, organizers noted that the names and ages of many victims are still unknown.