Coming into the 2019 season, the Cleveland Browns were considered a playoff contender, and possibly a sleeper contender for the Super Bowl. Through six games, however, they have disappointed so far with a 2-4 record. Blame has been passed around from quarterback Baker Mayfield and wide receiver Odell Beckham Jr. to head coach Freddie Kitchens and general manager John Dorsey. The Browns were supposed to be dominant this season, so what happened? Who deserves the blame?

Through six games Mayfield has completed 56.6% of his passes for 1,496 yards and five touchdowns. The 18 quarterbacks with more passing yards have all completed at least 60% of their passes with nine completing over 65%. Mayfield leads the NFL with 11 interceptions which have led to Cleveland fans wondering if he’s the franchise quarterback they expected. This includes his three interceptions in his last game vs the Seattle Seahawks when the Browns blew a 20-6 lead.

While interceptions are credited against the quarterback, not all of them are always the quarterback’s fault. Cleveland.com did a film study of the Seattle game and believe that none of his interceptions are ultimately on him. Two were deflected and caught by a defender, and the other can be put on the lack of chemistry between Mayfield and Beckham. It’s obvious Mayfield needs to play better, but it’s unfair to put most of the blame on him.

When Cleveland traded for Beckham in the offseason, it was the biggest trade in recent NFL memory. The trade shocked many including myself. However, it hasn’t worked out the way Browns fans hoped. Beckham had a good start to the season with 71 yards vs the Tennessee Titans and 161 yards and one touchdown vs the New York Jets in week two. The next three weeks, however, Beckham was a non-factor and had three consecutive games with under 60 receiving yards. Last week, he played better with 101 yards but Cleveland expected a lot more.

“I just hate losing, and at times, I feel that in the past, I have let this team down as far as not bringing the energy every single day, and it is something that I will never not bring to the field again,” Beckham said at a press conference following the Seahawks game.

The Browns need him to step up, and he knows it. Are Cleveland’s struggles his fault? Ultimately, I think there are two people this falls on.

As a first-year head coach, this is one of the hardest first jobs in recent memory. I don’t think any first-time NFL head coach had the talent and expectations like Kitchens has in a while. Chip Kelly had a strong first season with the Philadelphia Eagles, but very few saw them as a contender. No first-year coach has been expected to contend for a Super Bowl in the past decade, and likely much longer. This is a nearly impossible situation for Kitchens to be in.

With that being said, he’s still the head coach and has to take some responsibility. He’s been criticized for play-calling which falls directly on the head coach. Cleveland is tied with the Atlanta Falcons for the most penalties with 57. Penalties are directly on the head coach and need to be addressed. While it’s unfortunate Kitchens’ first job had as much hype and pressure as any job in recent memory, he still needs to lead the team more effectively. While Kitchens deserves some blame, there’s one man who I believe deserves the most.

The general manager made what seemed to be a super team over the past few seasons. The team appeared to have enough talent on both sides of the ball to compete with anyone. The only problem was Dorsey forgot about one very important aspect.

The offensive line has been a weak link so far, and CBS Sports said, “While they are a respectable 13th in the NFL in rushing, the Browns are 20th in the league in passing and 30th in touchdown passes.”

They just traded guard Austin Corbett to the Rams and their remaining linemen haven’t played up to expectations. In the Beckham trade, Cleveland sent guard Kevin Zeitler to the New York Giants. Few people seem to discuss his impact on the Browns. It’s clear he is missed, and the offensive line will continue to be a priority.

Dorsey has acquired talent, but it takes time for chemistry to develop and lead to wins. By failing to address the offensive line in the offseason, I believe he is most at fault for Cleveland’s struggles. Besides a pass rush, a reliable offensive line is arguably the most important aspect of a team. Dorsey didn’t do it and deserves most of the blame. 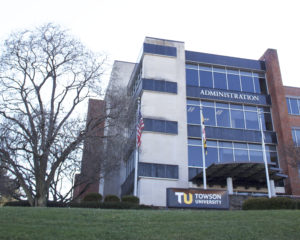