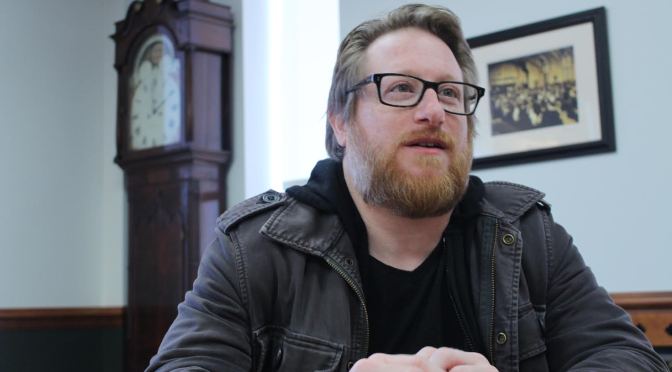 On Oct. 9, the fifth floor of Cook Library became a different kind of library: one where patrons could check out and talk to“human books” about their experiences with stigma and discrimination.

Laksamee Putnam and Sarah Gilchrist, both research and instruction librarians at Cook Library, attended a Human Library event at Johns Hopkins University and decided they wanted to bring it to Towson.

“The core of why we need to have these conversations [is] because there’s a lot of stigma or shame attached to certain identities and so we don’t talk about it, because we’re ashamed of sharing that part of ourselves,” Gilchrist said. “It is a little scary to put that part of yourself out there, but then once you’ve done it and you start to see how people respond, it gets a little easier, and that might make it easier to practice talking about those parts of yourself after that experience.”

The concept of the Human Library was created in 2000 by Danish youth organization Stop the Violence. Its goal is outlined in the “Reader Rules” that are given to each library visitor: “The books represent groups in in our community that are frequently subjected to stigma based on disability, religion, ethnicity, occupation, social status, or sexual conviction.”

The books come from different backgrounds but all share the same motivation, to answer questions and bring about an understanding of the prejudices they face.

Library visitors chose from a number of titles like “queer feminist,” “bougie black boy, well-spoken” and “relinquished child for adoption.” They were introduced to their human book and led to a table where they could speak to their book for 30 minutes or longer, if the book agreed to an “extended loan.”

Of the 20-25 human book volunteers on Sunday, only about four were non-students.

“We really wanted it to reflect the student population, but also some of the outside community as well,” Gilchrist said.

One of the non-student volunteers was Jason Weixelbaum, a historical consultant and PhD candidate at American University, whose human book he had titled “Jewish Scholar of Nazi Germany in the Age of Trump.”

Weixelbaum says he faces discrimination as a Jewish person, which he believes has worsened with the rise of “Trumpism.” Most of the hate he receives comes from social media, where he’s been sent pictures of gas chambers, including “one of Trump’s face in an S.S. uniform, pressing a button with Bernie Sanders in a gas chamber.”

During one conversation on Sunday, he received a tweet with the hashtag “WhiteGenocide.”

“Once Donald Trump entered the scene, something changed,” Weixelbaum said. “Suddenly a lot of people who were normally in shadowed corners of the Internet felt emboldened… I face a lot of harassment. A lot of people get it worse than me, way worse. To me, this was something new. Before Trump, maybe once in awhile, but now it’s definitely something new. These guys got emboldened.”

Weixelbaum was willing to talk politics with Democrat and Republican library patrons alike and hoped that those who checked him out would learn more about information literacy and the misinformation that stems from unreliable sources.

Putnam admitted that she’s sometimes unsure of whether she’ll learn anything interesting by speaking with a specific person, but, “When I end up talking to them, I find out that I have plenty to learn about that aspect of that person’s personality.”

“I think ‘relinquished child for adoption’ — I’d really like to talk about that, because I feel like that’s something I have a lot of stigma in myself, as a female, and I would want to talk to someone about that and open my eyes to that whole experience,” Putnam said. “I think, relevant to campus and the cultural climate of what’s been going on recently, “bougie black boy, well-spoken” was also one that I thought sounded really interesting. Just to get that perspective from a student on campus would be really great.”

To library intern Mary Rose Pedron, the Human Library event presents an opportunity for students to learn more about themselves and others, and to better themselves as people.

“In the grand scheme of things, we want to try to be a progressive library and give the most opportunities to our students, so the opportunity of sharing their stories is a great opportunity,” Pedron said. “Not only for getting a better understanding of diversity and what people are going through, but just being a better person and learning more about other people.”

Cook Library will host another Human Library event on Tuesday, Oct. 11 from 10 a.m. to 4 p.m. in the Union’s Potomac Lounge. 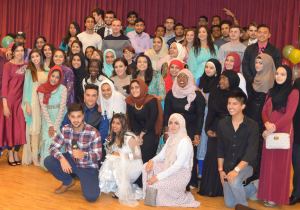