In the second column I wrote for the The Towerlight, I argued that Kevin Harvick, driver of the #4 Stewart-Haas Racing Ford Mustang, winner of nine races in 2020, was a lock to win the championship come season’s end.

Oh how wrong I was.

Harvick didn’t win the championship. He didn’t even get a chance to fight for one. With two races left in the 2020 NASCAR Cup Series season, the most dominant driver all year long was eliminated at Martinsville Speedway. He will finish the year fifth in points.

A year where Harvick set new records for dominance was done away by a massive postseason choke. I understand that other members of the NASCAR community may blame the points format (which, to be fair, has its own litany of problems that need to be addressed), but I say otherwise. One of the best drivers of the last two decades of NASCAR should be able to win titles no matter the format.

And yet, as of 2020, Harvick only has one championship trophy to his name.

It’s time to face reality. Kevin Harvick is a choke-artist.

The best way for me to make my case on this is a year-by-year analysis of his career. Don’t worry, I won’t bother you with his entire 20-year career. I’ll just be looking at his time in NASCAR from 2014 to the present, during which he has been a championship favorite every season.

In 2014, Harvick won his first Cup Series title, grabbing five wins, 14 top-5 finishes, and 20 top-10 finishes. He also set a personal record with 8 pole positions. At the time, we all thought he was going to win many more championships. I mean, it’s not like he’s going to choke the next six years away. Right?

In 2015, Harvick only scored three wins but he set a personal best for top-5 and top-10 finishes. He then proceeded to lose the championship in the final race to Kyle Busch, who missed half the season with broken legs.

In 2016, Harvick performed another solid season, with four wins, 17 top-5s, and 27 top-10s. However, engine trouble at Charlotte Motor Speedway late in the season and a bad stretch of races that followed resulted in Harvick finishing eighth-place in points.

In 2017, An off-year for Harvick saw him score just two victories. Still, a late-season win at Texas Motor Speedway gave him a shot to challenge for the championship. But he faltered yet again in the title race, finishing third in points.

In 2019, Harvick revamped with four solid wins in the season. Once again, he had a chance to win the title at season’s end, but, as expected, he barely made a peep in the title race and finished third in points. For the third straight year.

In 2020, Harvick finished with nine wins, 20 top-5s, 26 top-10s. An average finish of 7.3. He blew it. A disastrous three-race stretch caused Harvick to not only lose his seemingly insurmountable points lead, but also eliminate him from title contention with one race to go.

At this point, I honestly have no words. How can you be so good for so long, and yet have barely anything to show for it?

Someone give this man the Heimlich. 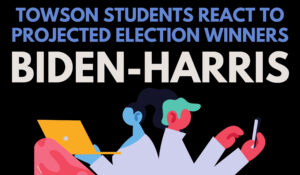