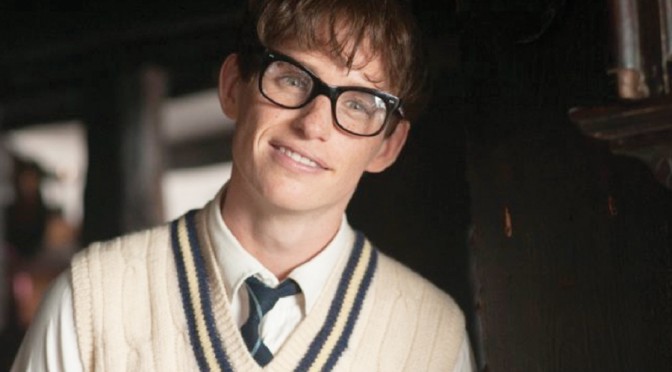 It’s very exciting having a new batch of talented thespians to grace our theaters and our hearts this awards season, and most of these ten lovely actors are Oscar nominees for the first time. Six of the total ten nominees are first time nominees, making this year’s race that much more exciting to be a part of.

The nominees for best lead actor in a motion picture are Steve Carell, “Foxcatcher,” Bradley Cooper, “American Sniper,” Benedict Cumberbatch, “The Imitation Game,” Michael Keaton, “Birdman” and Eddie Redmayne, “The Theory of Everything.”

What a transition from comedy to drama Carell has made. It’s almost as if this nice little story of Carell’s is quite the cookie-cutter tale. An actor based around comedy since “Bruce Almighty” breaking into the light in “The 40-Year-Old Virgin,” now he’s taking on a more serious role (the late multi-millionaire murderer John Du Pont) in “Foxcatcher,” leading to his first ever nomination. Such a proud day it was when nominations were announced. Alas, Carell is probably the least likely to win the Lead Actor award, but what an honor his nomination is. Congrats Michael Scott!

Cooper is a fairly decent actor, watching him take his baby steps, holding David O. Russell’s hand, leading Cooper into the Academy’s eye. Now he has broken away (hopefully not forever) from needing Russell’s help and now has received his third nomination in “American Sniper.” He was great in the Clint Eastwood picture, but unfortunately, I wasn’t blown away. Yes, he was straight up sexy with that muscle he packed on for the role, but compared to the snubbed David Oyelowo in “Selma,” I can’t get the image of Cooper stealing the nomination right from under Oyelowo, making the cast and crew of “Selma” that much more downtrodden. I’d rather have Oyelowo in Cooper’s place.

Cumberbatch is such a talented actor. His performance in “The Imitation Game” as closeted homosexual mathematician Alan Turing was my personal favorite of all lead actors. Partially because of the way Cumberbatch locks himself into his character, perfectly. But also due to the fact that this story hits close to home for me as Turing was one of the benchmark “queer” figures of the 20th century. After being forced to take sterilizing medication, but paving the future’s way to take “homosexuality” off of the American Psychiatric Association’s list of mental disorders. Cumberbatch is amazing in “Imitation Game” and his first ever Oscar nomination is a triumph.

Keaton surely has history in Hollywood. He has been in the business even a while before “Mr. Mom” in the 1980s. Recognition from the Academy has been long over due. As a middle-aged actor known for his popular film role of Birdman, Riggan Thomson is struggling to please the people around him as well as his own haunting thoughts as he attempt to make a comeback in the acting world, writing and directing a Broadway play. This role was made for Keaton and its rich character development mixed with Keaton’s clear talent, Keaton may take the award on Feb. 22.

I adored Redmayne in 2011’s “My Week with Marilyn” as well as 2012’s “Les Miserables.” But in “The Theory of Everything,” I fail to see what the Academy sees in his performance. Redmayne stars as the famed physicist, Stephen Hawking, as he struggles to control his paralyzing disease while also polishing his life’s work. All I can imagine is Redmayne at his audition, just sitting in the Hawking chair because that’s all I saw in his performance, not doing anything at all. He looked the part and the story was inspirational, but Redmayne does not deserve the nomination whatsoever.

Jones is one nominee that I definitely saw coming this year. A nomination was clearly right in her direction. Jones stars as Jane Hawking in “The Theory of Everything.” The audience is able to witness the love and care Jones clearly portrayed through her character’s struggle to raise three children and take care of her ailing husband. Jones truly grasped Jane Hawking’s deep emotion in this true story. Her first ever Oscar nomination is such an achievement.

Moore is this year’s winner, the only logical choice to be named the best of this year’s five best. Unless Marion Cotillard decides to make a surprise snag as she previously did to Jennifer Aniston for this spot in the nominations, I can see Moore winning this hands down. Moore stars as Alice Howland, a renowned linguistics professor in her 50s who is diagnosed with early onset Alzheimer’s disease. As Moore’s performance unfolded in front of me in the theater, I realized how unique and breathtaking the performance for her beautifully developed character was. Fifth time’s the charm for Moore in 2015.

Where did Pike come from? Who is this suddenly blooming figure the Academy has granted a step into the new spotlight she is now in? After struggling, playing opposite Tom Cruise in the so-so “Jack Reacher,” Pike has surprised audiences everywhere with her breakthrough performance as Amazing Amy in David Fincher’s “Gone Girl.” Her frightening role held such captivating focus in me and she played the role gloriously. Her performance made the film what it is.

Jean-Marc Vallee (“Dallas Buyers Club”) is becoming a reliable director when it comes to showcasing the film’s actor(s) well enough to achieve Oscar greatness. Reese Witherspoon holds second place in my heart. But seriously she was nothing like her previously perky blonde Elle Woods. In “Wild,” Witherspoon plays real life Cheryl Strayed, a 30-something woman who attempts spiritual and emotional balance by walking the 1000+ mile long Pacific Crest Trail, stretching from the U.S.-Mexico border to the U.S.-Canada border. Witherspoon is amazing in this because you can tell how well she meshes with the character while also adding something extra, off script. This makes for heavy competition.

Critic’s Note: This critic has not yet attended a screening of “Two Days, One Night” (nominee: Marion Cotillard).

Leave a Reply to Not Fine Cancel reply 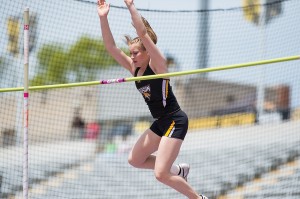