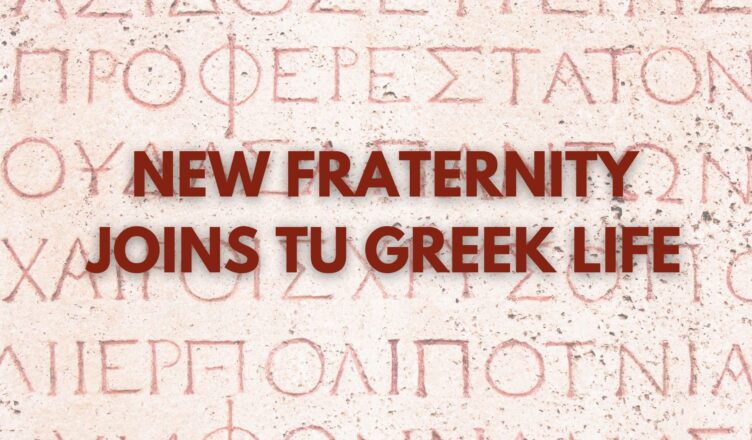 The Sigma Tau Gamma (Sigma Tau) fraternity is starting a new chapter at Towson University (TU). The fraternity is looking for “noble men” who will help foster a new culture around fraternity life, centered around the values of learning, integrity, excellence, leadership, citizenship and brotherhood.

According to the Office of Fraternity and Sorority Life, Towson University currently has 25 recognized fraternities and sororities on campus encompassing a variety of philanthropies and values. Sigma Tau hopes to foster brotherhood through service. Their vision is to build generations of noble men who always endeavor forward and their philanthropic cause is the Special Olympics.

The goal of this new fraternity is to create a culture that is focused mainly on serving the community, kindness, and growing together with their fellow brothers. The goal is to try to eliminate stereotypical culture norms that surround Greek Life at many colleges.

Sigma Tau is currently in the process of establishing themselves with the TU Office of Fraternity and Sorority Life.

According to Kearney, there are many steps to becoming officially registered and recognized as a fraternity on campus, and Sigma Tau is currently on track to be officially recognized by the Spring 2022 semester.

“My goal is to make this the most diverse chapter of Sigma Tau and it is already shaping up to be that,” said Kearney.

TU has previously been recognized among the U.S News and World Report for being in the Top 100 universities for overall student diversity, and TU lists diversity as a key value of their institution.

Freshman Jason (Jake) New is one of the “founding fathers” of Towson’s chapter of Sigma Tau. He emphasized how Sigma Tau could be a new start on TU’

“There’s a chance to make history here, which is rare…I feel like we will be much more focused on the charitable aspects of things,” New said.

For those interested in joining, prospective members must go through an interview process and then receive a bid from a fraternity to move forward in the new member process.

“I have had conversations with guys where we sit down to just talk and at the end of the conversation I’ve extended them a bid,” Kearney said.

The goal, according to Kearney, is to get the right people to join who will embody the values of a noble man.

“If you want to join, come talk to me,” Kearney said. “Reach out on social media. Let’s have a conversation.”

Sophomore Emma Carey is intrigued at the idea of recruiting “noble men.”

“I’m excited to see what they can do to change the stereotypical toxic culture that so many fraternities are centered around,” Carey said.

Kearney highlighted that this is a once in a lifetime opportunity for those who may be interested in joining.

“There are a wide variety of leadership positions to be filled,” Kearney said. “Our culture, traditions, and collaborations have yet to be established. We have a chance to create a legacy.”

For anyone interested in joining Sigma Tau, they can reach out on Instagram @sigtautowson, or via text at 410-936-7760.