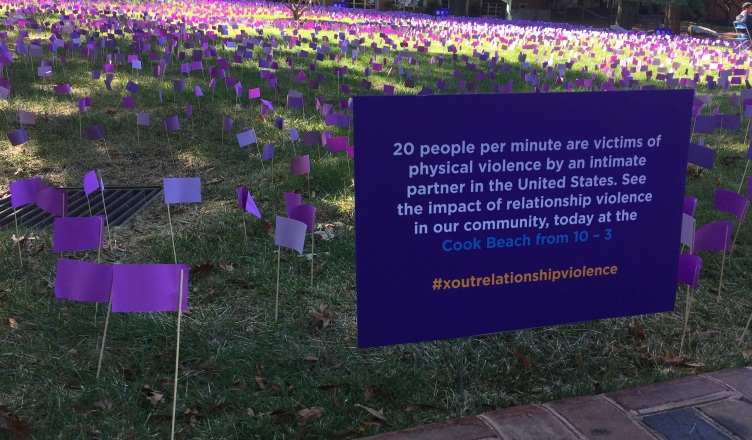 In her statement, Schatzel stressed open communication with the TU community about further developments

“I want to reaffirm Towson University’s unwavering commitment to preventing sexual assault/misconduct, as well as providing the most complete protections, advocacy and support possible within the extent of the law,” Schatzel said in her statement.

United States Secretary of Education Betsy DeVos has voiced efforts to change how sexual misconduct is handled on college campuses. In light of these efforts, the U.S. Department of Education’s Office of Civil Rights (DOE OCR) recently issued new guidance on Title IX in relation to sexual assault and misconduct.

The DOE rescinded Obama-era campus sexual assault guidance. The new guidance now gives universities a choice in how they address sexual misconduct cases. Schools can choose between a “preponderance of the evidence” standard of proof and a higher “clear and convincing” standard when determining guilt.

Schools are also allowed to offer an appeal to either both parties involved in an incident or to only the respondent. The previous guidance required that both parties be given an equal opportunity to appeal an outcome.

In her statement, Schatzel said Towson will partner with organizations such as The American Association of State Colleges and Universities, as well as the University System of Maryland, to address the change in guidance and prepare for further Title IX regulation. TU is also prepared to fully participate in the DOE OCR’s rulemaking process to replace the interim guide with new policies.

“Towson University’s Office of Inclusion and Institutional Equity will work closely with numerous campus stakeholders to review the interim guidance and determine any possible impact it might have on university policies and procedures,” Schatzel said in the statement.

Various departments and student groups on campus hosted a Sexual Violence Resource Fair on Sept. 27 to educate students and community members about the resources that are available on and off campus for survivors of sexual assault.

Jaclyn Webber, a graduate assistant in the Counseling Center, said the center offers free individual counseling to all students.

“You can go into group therapy with people who have experienced the same stuff you’ve experienced, kind of talk to them and get to know people who’ve been through the same thing,” she said.

Webber said that she has seen more students visiting the Counseling Center for counseling sessions since the rollback of federal Title IX procedures.

Webber emphasized the fact that the Counseling Center is a confidential service, and that students can report any incidents of domestic violence to the center without having that information shared with others without the student’s permission.

“You can report any incidents of sexual assault and domestic violence and we’re not obligated to report anything unless you want us to,” she said. “Our main job is to make sure we connect you to mental health resources and get you the help that you need.”

Student Government Association also tabled at the fair to educate students about the resources that Towson offers.

SGA Solicitor General Saidat Sanwoola wants to educate students about their rights, particularly when it comes to sexual assault.

“I want students to know … what they can do, or what their position is if something like this was to happen, and places you can go, people you can talk to, and how to keep everything by the books,” Sanwoola said.

“If you don’t know where to start, that’s what we’re here for: to help you figure that out,” she said. “If you want to pursue legal action or you just want to pursue getting out of a particular class because whoever’s in that class, you just don’t feel comfortable in that class with them anymore, we can also help you with that.”

SGA Director of Health and Wellness Rachel Chang wants to spread awareness about what resources are available to survivors of sexual assault.

“I think the biggest thing is just awareness at this point,” Chang said. “I think there’s so much that’s happening in college and in life when you are in college.I think it’s so important to just know what your rights are, what’s going on in the world, and that’s what we’re here for. We’re here for advocating and we’re here for just making sure whatever resources are available on campus are known about.”

Carden said that TurnAround’s advocates will accompany survivors of sexual assault to a police station, hospital, courtroom, or University proceeding.

Carden emphasized the fact that the DOE’s guidance regarding Title IX is just that: guidance. As of right now, Towson is not bound to follow that guidance.

Until the DOE implements a regulation — which is a level above guidance and carries the weight of a law — Carden said Towson will continue to protect against sexual assault as it did in the past.

“There’s been a lot of progress since 2011’s Dear Colleague and even though that guidance has been withdrawn, we are hopeful that our school and other schools around the country can really keep protections for survivors in place so that we don’t move backwards as a campus community and just nationally.”