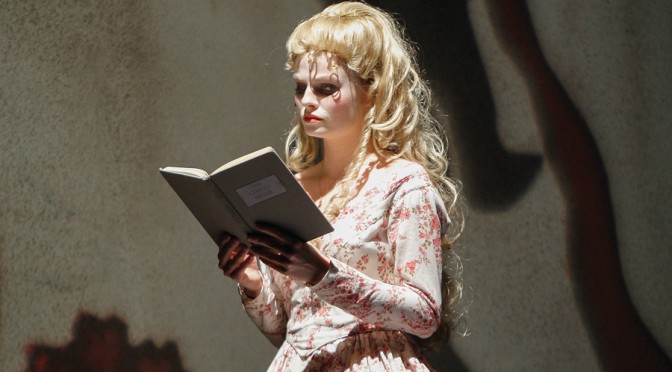 When senior Caitlin Weaver was little kid, she attended a high school production of “Sweeney Todd: The Demon Barber of Fleet Street.” Her father was the technical director of the production, and from that point on “Sweeney Todd” quickly became one of her favorite musicals growing up.

Now Towson’s theater department has brought the musical to the Center for the Arts Mainstage Theatre from April 23 to May 2, and Weaver is starring in the musical as Mrs. Lovett.

According to the director of the musical and associate professor Stephen Nunns, this classic musical is “based on this sort of apocryphal story about a barber in the 1800s who murdered people.”

After its opening on Broadway in 1979, the musical by Stephen Sondheim and Hugh Wheeler spread internationally. It became even more popular after the 2007 film adaptation directed by Tim Burton and starring Johnny Depp.

Just as the film adaptation brought its own flair to the piece, Towson’s stage production is no different. First-time musical director Nunns said that because he ran the graduate program in the theater department and has a background in experimental theater, he was able to find more of a connection to musical theater than he thought he would.

“I’m more interested in the formal elements like accents and how fast something needs to be said,” Nunns said. “That’s more interesting for me.”

“Since I didn’t have a lot of experience in working with musicals I thought it would be helpful to have someone who knows what is going on,” Nunns said.

Together Nunns and Collister sought after different skills in the actors who auditioned.

“They had to sing pretty well, it’s very hard music,” Nunns said. “Both Philip and I kind of did the audition together. I was concentrating on the theatrical acting elements and Philip was ideating what their voices sound like.”

When casting was completed last semester, some the actors decided to get a jump on the rehearsal process right away.

“This is a beast of a musical in every aspect of the word,” acting major Matthew Acquard, who plays Judge Turpin, said. “There is no way we could’ve done this musical if we had only spent a few months per say.”

These early rehearsals were primarily vocal rehearsals set up by Collister to prepare James Ruth for the lead role of Sweeney Todd.

“He was getting private tutorials with Philip because it’s really hard to sing, so he started working and some other people that far back,” Nunns said.

Acquard said that Sondheim’s well-written songs and dialogue made it easier for the actors to tap into the emotions of the show and their characters.

“As actors it is our job to take the given circumstances that we are given and to feel really how that emotions arrives within you,” Ruth said.

Although though there is a darker mood to the show, the actors have embraced this side of the performance.

“The gore made sense, it never creeped me out,” Weaver said. “You kind of brace yourself and know what you are getting yourself into.”

As a result of the extensive preparation for the show, both actors and the director said that they felt an internal change in themselves, and Nunn said that he learned patience and discipline.

“Mostly I learned that I am capable of doing Sondheim and that I was something I was terrified of,” Weaver said. “I didn’t think I could do his music because he is incredibly complicated and I always loved his music but I thought ‘I can actually do this’.”

In the end, Weaver wants audiences to take one thing away from the show.

“I want them to be thoroughly, thoroughly entertained,” she said. 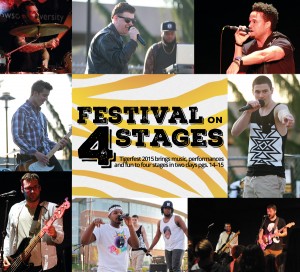 Next post Tigerfest 2015: Festival on four stages
Editor in Chief