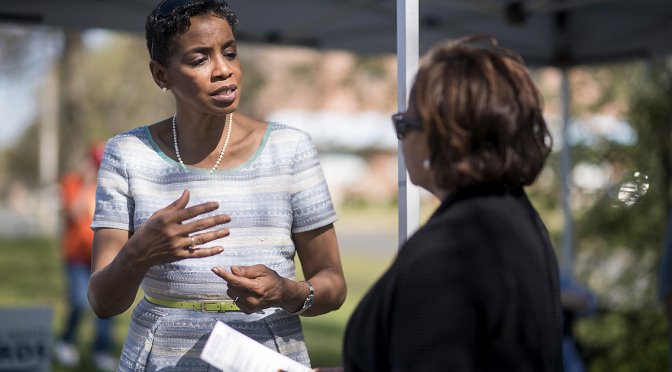 Congresswoman Donna Edwards, who represents Maryland’s 4th Congressional District, said that she will vote for Democrat Chris Van Hollen to be Maryland’s next senator, despite a contentious primary election.

And, perhaps as expected, Edwards said she’d be voting Hillary Clinton for president.

Edwards, who described herself as an “accidental politician” during a visit to campus last week, told students that she is confident in Clinton because she is “the most qualified person who has ever run for president.”

“This is your generation,” Edwards said. “You are going to determine all of the things that are going to set us on course for the rest of this century. I think that if anyone should have a say in how it happens and how it happens, then it should be you.”

This comes after Edwards lost the race for a Maryland Senate seat to Van Hollen, the representative for Maryland’s 8th Congressional District. As Edwards prepares to leave her office in January, she is also planning a solo, three-month camping trip to all of the country’s National Parks to celebrate the service’s centennial.

To Edwards, who made similar trips with her family growing up, this trip will come as an opportunity to see the country and its people in a different way.

“One of the things that I’ve learned growing up… is I fundamentally believe that most of us are just alike, and that the things that we identify as differences really aren’t differences at all,” Edwards said. “I know that that’s going to be part of my rediscovery as I travel around the country, and it is what has influenced me the most in terms of my thinking in the Congress.”

Edwards came to Towson Oct. 12 to speak to students about overcoming the odds to become a congresswoman in a predominantly white male political system.

Only 19.4 percent of the House of Representatives is female, while the population of the United States is 50.8 percent women.

If Van Hollen is elected to the senate, which many polls suggest he will, Maryland will have an all-male delegation to Congress.

“If we continue on the same pace that we are, it will be like 2080 or something before there is an equal amount of men and women in the Congress,” Edwards said. “That’s really just not good enough. As a result, that means that there are lots of things that are very male about the institution, even though there are in-roads that are being made by women.”

Edwards made the point that when different people with a different set of experiences work together in any institution, the decision-making of that group is different. She said that certain issues an all-male institution would put as a priority may not be a priority if there was more balance in gender and race within the group.

Edwards still said that she believes in Congress and its future. She said that the institution may have some bad ideas, but not bad people, and that different political parties can work well together on important issues.

“When we got off of our partisan soapboxes, which I think happens more than we’d like to admit, we can actually get things done,” Edwards said. “Congress is a place where you really can make change. I’m hopeful that we can restore a little bit more common sense to the institution, because I really believe in the institution.” 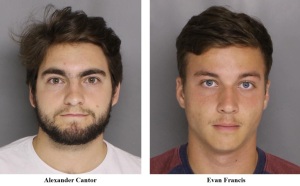 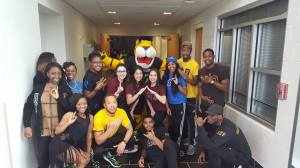