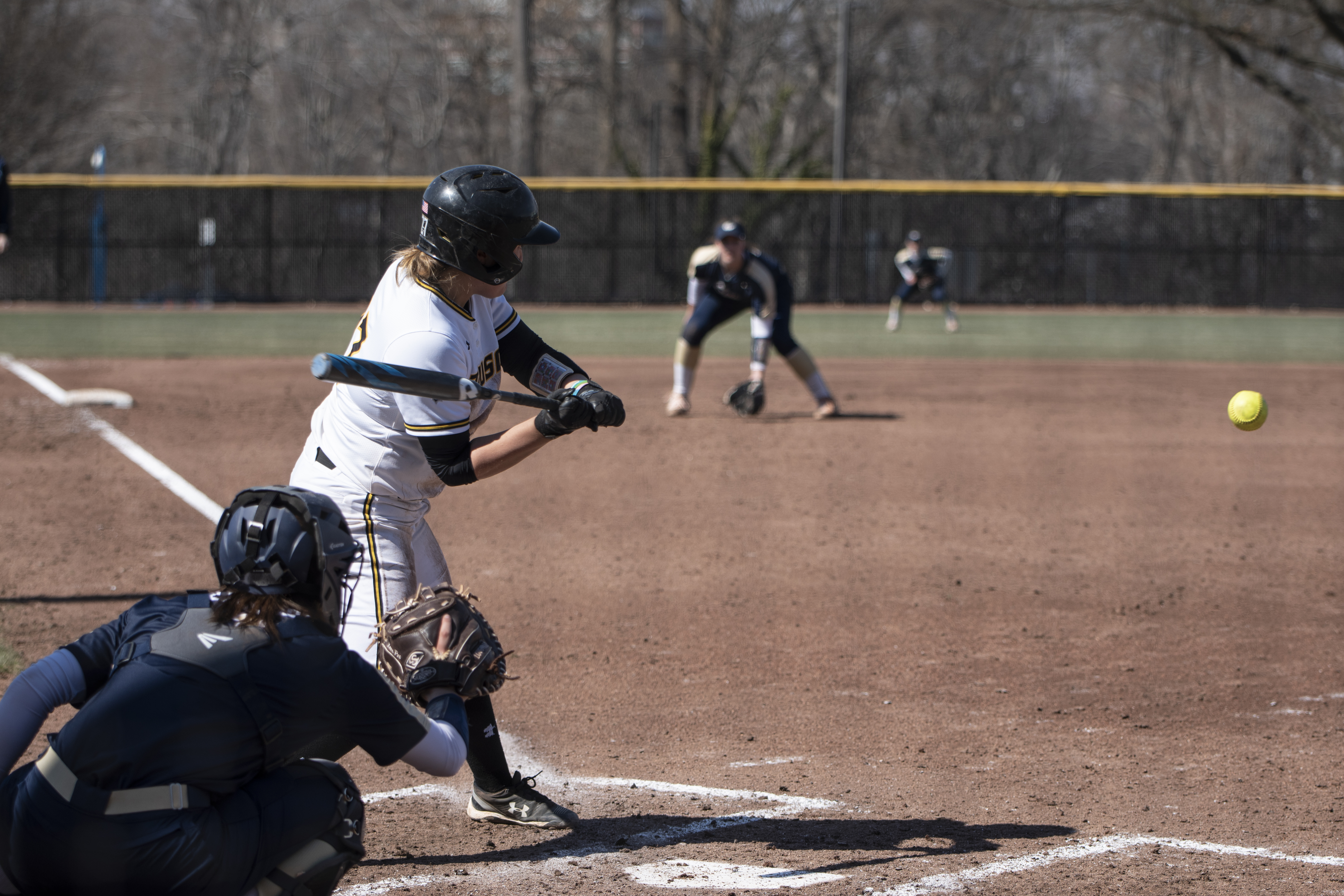 The Tigers (1-1, 0-0 CAA) were expecting to play a full slate of five games over the weekend. Three of their five games were canceled due to snow. They were scheduled to face Saint Francis, USC Upstate, and Marshall.

“It’s disappointing,” head coach Lisa Costello said. “We had a chance to play some really good teams. Unfortunately, we never got the chance.”

Following Saturday’s delays, Towson returned to action against Saint Francis Sunday morning. What followed was a redemption game that led to the Tigers earning their first win of the season, a 4-3 victory.

“It’s always great to get the first one,” Costello said. “We played really well out there. I’m not sure if the extra practice on Saturday helped. But to have a day to regroup was helpful.”

The game started with a pitchers duel between Towson sophomore Sara Johnson and Red Flash (1-3, 0-0 NEC) sophomore Christina Clark. Saint Francis would take a 1-0 lead off of a RBI single by junior infielder Mekenzie Saban in the top of the third. The defensive battle would continue until the bottom of the fifth, where the Tigers erupted for four runs.

“Our mindset was to prove to ourselves that Friday wasn’t the real us,” Costello said. “We got back out there and we proved it.”

Two errors by the Red Flash helped to set up senior utility Julia Swistock’s score off a wild pitch to tie the game. Senior utility Julia Smith-Harrington then hit an RBI double deep into right field that drove in two more runs to make it 3-1. Towson ended the inning with an RBI single by senior first baseman Madison Wilson which made the score 4-1.

“I think the more we play the stronger we will get,” Costello said. “We are still a young team. Every chance we have to play will make us better.”

“Ringhiser had a great college debut,” said Costello, “and we were confident that Ashley was going to get us out of that bases-loaded situation.”

The Tigers spent the available time they had following the cancellations for batting practice in a nearby indoor facility. According to Costello, after what had happened earlier on Friday in Towson’s first game of the tournament, they needed it.

“We just weren’t ready Friday,” Costello said. “We went out and got beaten very badly.”

Against Bucknell the Tigers quickly fell behind 8-0 in the bottom of the 2nd thanks to an offensive explosion from the Bison (2-2, 0-0 Patriot) that included a three-run home run by Bucknell freshman utility Chase Knapp.

Sophomore pitcher Julia Jackson, who over the course of the first two innings had surrendered seven hits and seven earned runs, was pulled for redshirt senior pitcher Ashley Cruise in the bottom of the 2nd.

Cruise was able to hold the Bison to a single run, while Jackson got redemption by driving in Towson’s only run of the afternoon in the top of the 5th. This was the first loss to open the season for the Tigers since 2012 when Robert Morris defeated Towson 3-2.

“What this loss tells me is that we have to be better prepared for our games moving forward,” Costello said.